Institute for Governance and Policy Studies, Victoria University of Wellington 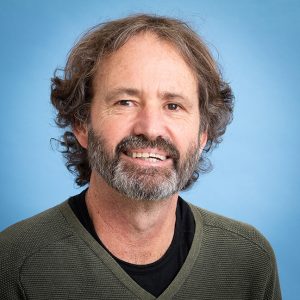 Mike was a late starter in academia, first attending university in his early thirties to gain his BSc, MSc and PhD in Ecology from Massey University. He began lecturing there in ecology and environmental science in 2003.  After seeing first-hand the decline in freshwater health in New Zealand, he became an outspoken advocate for environmental protection. Mike has received a number of awards for this work, including an Ecology in Action award from the NZ Ecological Society (2009), an Old Blue from Forest and Bird (2011), a Tertiary Education Union Award of Excellence for Academic Freedom and contribution to Public Education (2013), the Royal Society of New Zealand Charles Fleming Award for protection of the New Zealand environment (triennial, 2013), the Morgan Foundation inaugural River Voice Award (2015), the inaugural New Zealand Universities Critic and Conscience award (biennial, 2016) and was a semi-finalist for the 2018 Kiwibank New Zealander of the year.

He has been an Associate Editor of Marine and Freshwater Research Journal (CSIRO; Australia) since 2015, and an Editorial Panel Member for Transylvanian Review of Systematical and Ecological Research since 2010. Mike has developed bio-assessment tools used by many regional councils and consultants, and has published scientific papers in many fields from artificial intelligence and data mining to the freshwater ecology of sub-Antarctic islands. He has been working for two decades at the interface of science and policy in New Zealand with a goal of strengthening connections between science, policy and real outcomes to address the multiple environmental issues facing New Zealand.

By Mike Joy and Sylvie Mclean Biodiversity is a term that means different things to different people. Its use has exploded with people’s increased appreciation of the magnitude of the decline and the importance of diverse biotas to the human future. Popularly biodiversity is understood as the number of species in a given country or ecosystem. To scientists it is a deeper concept that includes genetic and ecosystem diversity and has crucial components like endemicity (species found nowhere else), native diversity (the proportion of native species) and keystone species (species that are crucial to ecosystem function). There are three main